Keep your eyes peeled, there’s plenty of art to see in the region this summer. Here are some standout shows and exhibitions coming to the Hudson Valley in Summer 2021.

“Feedback” at Jack Shainman’s Kinderhook mega-gallery is Helen Molesworth’s largest curatorial exercise since her time at LA MoCA, this exhibit explores where and how we learn (a theme in sync with The School’s history as a former schoolhouse). The premise is built around Janet Cardiff’s 2004 sculpture of the same name and will feature new and recent works by artists both in and outside of the gallery’s program, including Kerry James Marshall, Tyler Mitchell, Lynette Yiadom-Boakye, and Lauren Halsey.

Nikolai Astrup (1880-1928) is renowned for his colorful works that capture his immediate surroundings in Western Norway, where he was born. Returning home in the early 20th century after an art education abroad, Astrup devoted himself to the landscapes of his youth and ancestry. Despite constant health struggles, Astrup created a vivid and singular body of work before his death in 1928 that has grown in stature in his native country. For the first time, it’s finally available to those in the US in the Clark Art Institute exhibit “Visions of Norway”—an opportunity to absorb an intimate inside view of the natural world contained there.

A 1992 assignment for Spin magazine to shoot Kurt Cobain and Courtney Love, shortly after the birth of their daughter Frances Bean is the focus of this show at LABspace in Hillsdale “Kurt & Courtney: Never-Before Seen Photos from the Collaborative Photography Duo Guzman.” Photographic collaborators Guzman—Constance Hansen and Russell Peacock—visually defined an era for those who came of age in the 1990s. Known for their work with famous musicians, the team began their career shooting Debbie Harry for her 1986 album Rockbird, and went on to capture names like Janet Jackson, Salt N Pepa, Lenny Kravitz, Snoop Dogg, and many others. 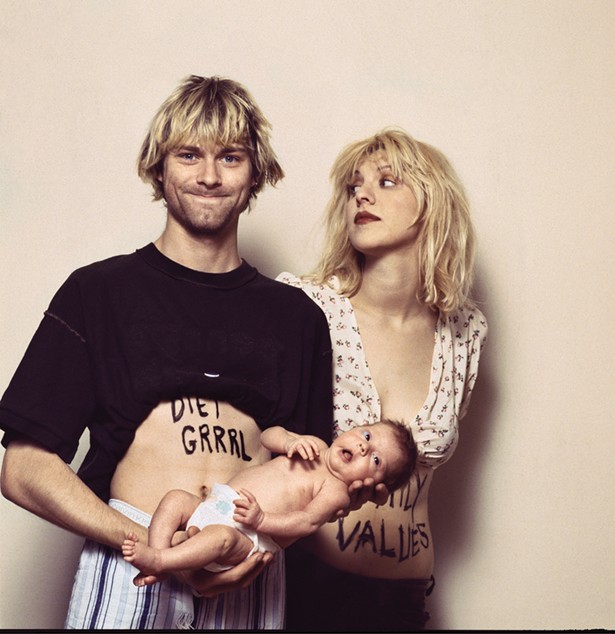 Curated by Tal Beery, “Owning Earth” is an outdoor sculptural exhibition over seven acres at Unison Arts in New Paltz. The show consists of 19 artistic responses to systems of human domination over the environment and the urgent need to enact futures guided by mutuality and reverence. The exhibition will be accompanied by a public event series and educational programs. Artists include Emilie Houssart, Sam Spillman, Jean-Marc Superville Sovak, Alejandro Chellet, and Brooke Singer, among others.

The Hudson Valley art jewel Storm King is worth a visit any year for its permanent collection of work by Maya Lin, Mark di Suvero, and Andy Goldsworthy, and others. Three new installations this summer make it an essential trip in 2021. Rashid Johnson’s The Crisis is a pyramidal structure that looks part jungle gym, part rebar frame for an unfinished temple. Fallen Sky by Sarah Sze is a piece of polished stainless steel, 36 feet in diameter that looks, well, like the title suggests—a missing piece of the overhanging firmament. Martha Tuttle’s A stone that things of Enceladus comprises a series of human-made stone stacks or cairns built of boulders gathered at Storm King, and molded glass and carved marble stones, which Tuttle made by hand during the winter and spring of 2020. The stones sit on top of and around large boulders across eight acres.

“Cross Pollination: Heade, Cole, Church, and Our Contemporary Moment,” a cross-site collaboration, brings together several prominent artists for the summer with outdoor installations inspiring environmental contemplation. Built around Martin Johnson Heade’s 19th-century hummingbird habitat paintings, “Cross Pollination” will feature additional work by Nick Cave, Maya Lin, Vik Muniz, and others. Of special note: Jean Shin’s Fallen, on display at Olana, will focus on the demise of eastern hemlock trees using the remains of a 140-year old tree that died in 2020 as the center of the work. Mark Dion and Dana Sherwood’s Pollinator Pavilion at Thomas Cole, is both a sculpture and an avian thirst trap, designed to attract and sustain local pollinators, especially the ruby-throated hummingbird. The garden will exist within the pavilion, accompanied by paintings, the idea being that humans and pollinators will co-exist in the space.

True to its rock and roll beginnings, Bethel Woods exhibition for the 2021 summer season is “Lights, Color, Fashion: Psychedelic Posters and Patterns of 1960s San Francisco.” The show features the San Francisco rock posters and fashion of collector Gary Westford. The collection highlights the kaleidoscopic years of 1964 to 1972, and features rock posters by all of the “Big Five” poster artists—Victor Moscoso, Rick Griffin, Wes Wilson, Stanley Mouse, and Alton Kelley—as well as clothing of the period, ranging from designer to street fashion.