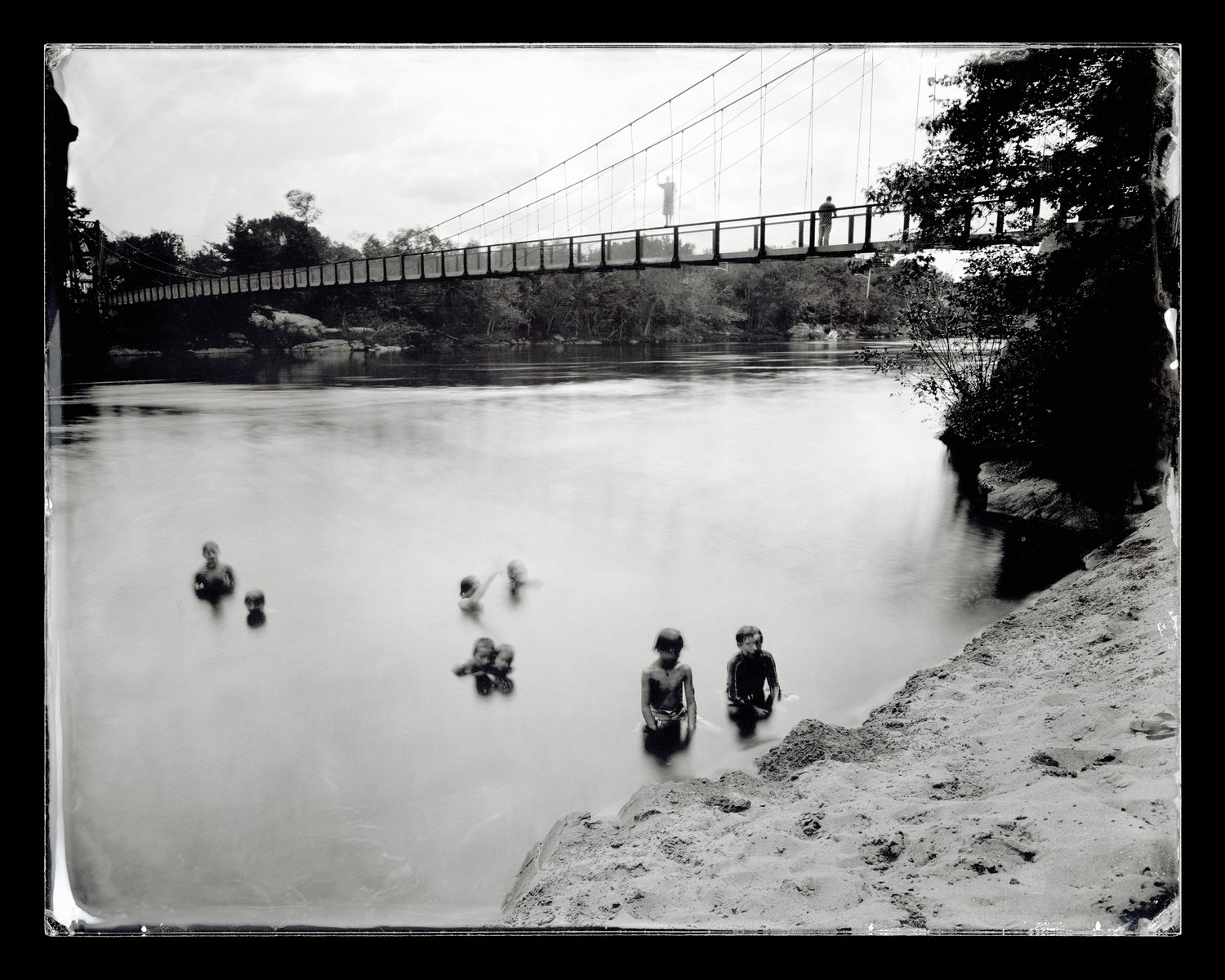 Michael Kolster’s (born 1963) Choose Me to the River sequence, supported by a prestigious Guggenheim Fellowship, documents 4 “unsung” American river ways—the Androscoggin, Schuylkill, James, and Savannah—to visualize their ecological transformations considering that the passage of the Clean Drinking water Act of 1972. His pictures reveal how waters and shores the moment designed uninhabitable by rampant pollution have emerged from centuries of industrial abuse and neglect. Working with the ambrotype approach, which necessitates a glass plate adverse and calls for a prolonged exposure time, Kolster firmly situates his function in just the background of photography. In Swimmers, Swinging Bridge, Topsham, Maine, 2012, the lengthy exposure time is obvious in the blurred figures in the h2o, the seeming delicate floor of the going river, and the faint figures on the bridge. But the sand in the lower ideal foreground, which would have remained correctly nevertheless, is captured with the utmost clarity.

Following the rivers’ paths, Kolster’s photographs expose renewed ecologies and modifying relationships to nature and its methods in the American psyche. Contrary to the Mississippi, Missouri, Hudson, or Colorado Rivers, the 4 rivers he chose have not been the emphasis of transnational American mythmaking in the record of artwork but somewhat regional focal points for communities in New Hampshire, Maine, Pennsylvania, South Carolina, and Georgia. These rivers driven industrial development on their financial institutions and drove the economies of a great number of cities from the 19th century well into the 20th century. Though the money improved a lot of people’s materials life, the stench and decay of the deteriorating river depleted the regional quality of daily life. Industrial waste from papermills along the Androscoggin, for case in point, devastated the river waters, its animal everyday living, and ecology.

There are a quantity of historic precedents for Kolster’s task. The previous two generations have viewed the photographic representation of rivers as websites not only of industrial enhancement and settler colonialism but also their use as symbols of national pride and sources of nostalgia. Édouard Baldus (1813–1889) photographed developing improvement alongside the Seine to rejoice Queen Victoria’s historic pay a visit to to France an album was compiled and offered to her as a sort of tender diplomacy and national posturing. In the United States, Timothy O’Sullivan (1840–1882) traveled with U.S. governing administration surveyors on the treacherous waters of the Colorado making upon the notions of American exploration and discovery, as the encompassing land was becoming violently cleared of Indigenous communities and opened to White settlers. In the meantime, Robert Adams (born 1937) commemorated the country’s bicentennial by retracing Lewis and Clark’s path along the Missouri and Columbia rivers. However his work is steeped in these photographic traditions, what sets Kolster’s Get Me to the River collection aside is that he has preferred exclusively lesser, lesser-identified rivers to record their renewed beauty as considerably as their importance to the formation of neighborhood histories and futures. [Anjuli Lebowitz]